Sam came to meet me at the airport. I emerged from arrivals in the early morning, smelly and tired from two nights on planes. After the struggles that we have gone through making a long distance relationship work, maintaining our friendship across different continents and hemispheres during the 221 days apart (or 31 weeks and 3 days, or 7 months and 8 days, not that I kept count or anything…), the first wonderfully romantic and witty thing I said was: ‘You’re taller than I remember’.

Within a few hours of arriving back at home (yes, my home, with its normal garden, and normal front door, and my bedroom, and all the food in the fridge), my grandma arrived. My family had kept my return a strict secret especially for my reunion with her. She climbed out of the car, her mouth dropped open, and I seized the moment to deliver the hug I had brought across the world with me especially for my beloved grandma.

Over the next couple of days, I enjoyed family time. We went on an outing to a National Trust garden to admire a particularly stunning rainbow border of dahlias (how VERY English), and also had a larger get-together, with my sister who travelled from her university city as well as my aunt, uncle and four cousins. 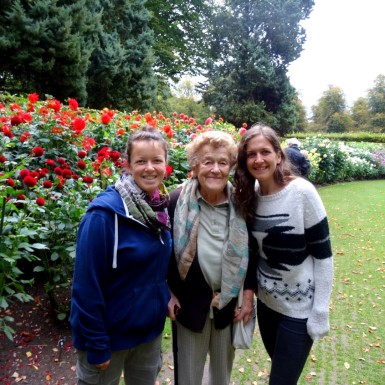 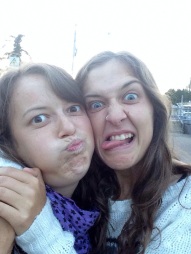 For those first few days, the smallest things were overwhelming. I felt hungry all the time and absolutely obsessed with sleep; even with lie-ins followed by naps and early nights, I couldn’t seem to stop my brain thinking about anything else. England seemed incredibly green. Normal things were surreal, and during moments when I couldn’t be sure the last seven months had happened, I had to touch the blue braid woven into my hair in Ecuador as proof that I hadn’t been dreaming or had some sort of brain malfunction.

After a few days, I had my appointment with the passport office for an emergency passport renewal. I handed in my application and within just four short hours, spent wondering around the fascinating streets of Peterborough, I had a brand new passport, with extra pages because I have, indeed, learnt from my mistake. 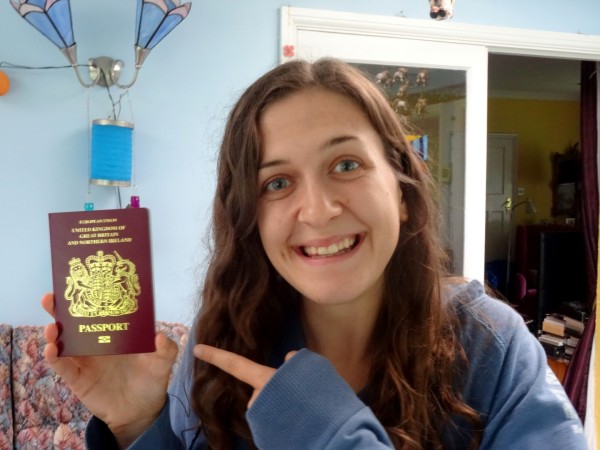 Once the causal issue for my return had been solved, I spent the remaining time zipping around the south of England visiting family and friends.

Sam and I had a day out at the Natural History Museum in London, where I dragged him to the mammals section to gaze at the vast skeletons and models of marine mammals suspended in the main room. 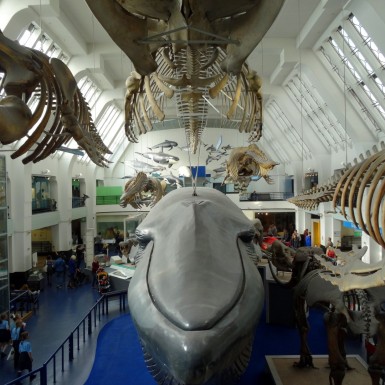 We then continued onwards to visit his dad and family near Gloucester, a slightly nerve-wracking experience as it was the first time we had met. We spent a lovely couple of days eating delicious veggie food cooked by Jackie, Sam’s stepmum, walking the family dog with Sam’s sister, Savannah, and generally relaxing. On one day, we made our way into Gloucester town to hang out with a friend from uni, eating cake at a café next to the docks whilst catching each other up on the recent events of our lives.

From Gloucester we made our way to Norwich, our university city where many of our friends still live. The first evening was a chilled out one, a few of us gathering to chat. After several months travelling on my own, with fleeting friendships and infrequent conversations, particularly in English, it felt odd to be in a room with so many people I know well and care about. The next evening was more raucous and an awesome night out, with a dinner-pub-bar-club session, many friends turning up to say goodbye to Sam and a quick hello to me.

Sam and I parted, and I returned home for just one evening. One evening was all the time needed, however, to demonstrate my family’s nuttiness. During a skype with my sister, both she and my parents began singing ‘We Wish You a Merry Christmas’ and produced several, wrapped presents for me, my favourite of which was a green onesie decorated with monkey faces.

The next day I was off again, this time to visit my Grandma and cousins in London. I spent a couple of evenings hanging out with my cousins after school, and had a day out with Grandma to the Tate Britain, to see an exhibition of Turner’s late work, which was beautiful, though each room was very crowded.

My next stop off was a small cottage near Brighton, staying with Sam and his wonderful mum, Alison, who I have met many times and is one of the most interesting people I know. Whilst Sam got on with sorting out technological problems with his computer and phone, we spent our evenings chatting in front of the fire. We had some travelling admin time, shopping in Brighton and packing Sam’s stuff, as well as a meal out with Alison and a pub session with some of Sam’s Brighton friends. I also met his stepsister and her beautiful 11-month-old daughter. 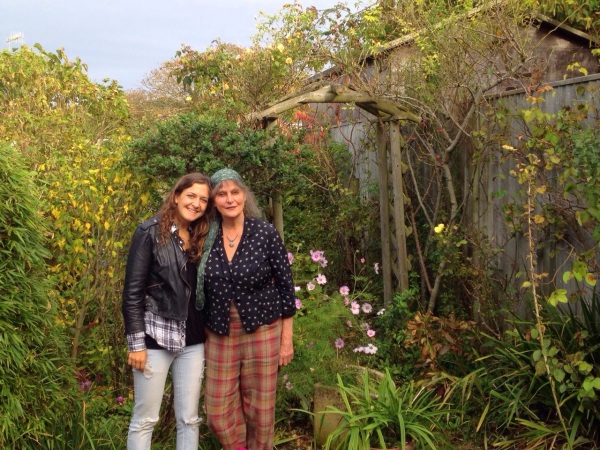 The final stop-off on my England tour was Southampton, to visit my best friend, Anna, for her birthday. After our reunion bear-hug outside the train station, we drove into the New Forest for a pub meal, to begin our catch up. That evening another friend from our teenage Cambridge days joined us, as well as Anna’s housemate, and the four of us dressed up and went out to posh, yet somehow not pretentious, Thai restaurant, followed by cocktails.

The next day, after a brunch fry-up, another Cambridge friend joined us for an afternoon of chatting and tea.

All too soon, after a farewell coffee session, it was time to whizz back to Cambridge. 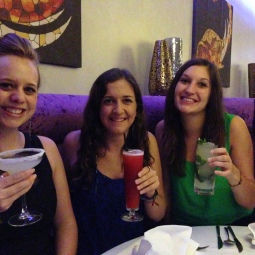 Over the last couple of days I have met up with a couple of friends who are still living nearby, and I have repacked my backpack.

So, here we are, on the eve of my return to South America, held in a moment of limbo between the long chunk of travelling I have done so far, and the large span still, excitingly, left to go.

One thought on “An Unexpected Interlude: Time Off from Time Away”